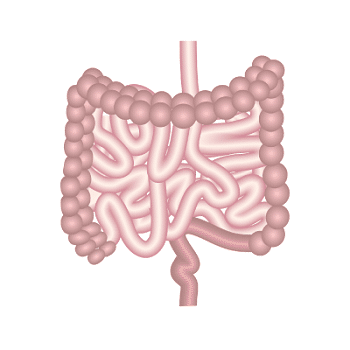 A recent study by Dr. Alex Rodriguez-Palacios, DVM, assistant professor of medicine at Case Western Reserve School of Medicine, indicates that artificial sweeteners could worsen symptoms in patients who have irritable bowel syndrome and similar digestive difficulties such as Ulcerative Colitis and Crohn’s disease. The sweetener Splenda, which contains two substances – sucralose and maltodextrin – seems to stimulate the production of myeloperoxidase, a pro-inflammatory substance, probably as a result of increased production of E. coli bacteria.

You might ask, “How can a study done on mice affect people?” The answer is that while the intent is to discover how substances might affect humans, it’s difficult to control humans’ food intake. Lab mice, on the other hand, live in a controlled environment so it is easier to limit the variables in an experiment. While an experiment with mice is not definitive, it does give some indications of how a substance might affect mammals.

Two groups of mice were used in the study. The first group was ileitis-prone, while the second group was healthy. They were exposed to Splenda for six weeks. In the ileitis-prone group, it was discovered that the increased production of E. coli penetrated the ileal lamina propria. But the healthy group showed no such effects.

If you are unfamiliar with medical terminology, you might ask “What’s ileal lamina propria?”

The lamina propria is described by the Merriam-Webster dictionary as a highly vascular layer of connective tissue, in other words, it has a lot of blood vessels in it. So if the E. coli from the intestinal area enters the connective tissue that’s full of blood vessels, there is a good chance that the human or mouse in which that tissue resides is going to shortly feel rather ill.

People who have difficulty with the small and large intestine are sometimes said to have a condition called irritable bowel disease, or IBD.

The group who did the study suggested that it’s possible that the use of Splenda could increase symptoms for people who already suffer from IBD, such as patients who have Crohn’s disease. This is consistent with reports from medical practitioners that in about ten to fifteen percent of patients who have IBD, the use of artificial sweeteners makes the symptoms worse. Or, to put it another way, if you already have grumpy intestines, drinking a soda that contains Splenda has the potential to make you feel much worse.

Dr. Rodriguez-Palacios said that the next step, to help with developing conclusive evidence would be to set up a human experiment, but that such studies were more difficult than those with mice because of the lessened control over diet and environment. Furthermore, human genetics have a much wider range than that of specially bred lab mice, and this would increase the challenges to a human study. To reach solid conclusions from human studies is likely to take several years of following up with people who have IBD or who don’t have IBD.

Clinician David L. Suskind commented that the takeaway from this study was the impact of diet on internal microbiomes. One of the main points of the study was that in both ileitis-prone mice and healthy mice, there was an increase of proteobacteria, including E. coli when consuming Splenda. He went on to reiterate that it was consistent with the reports that foods with artificial sweetener sometimes worsened digestive problems, and that it could be a key to why so many more cases of IBD were being seen at the clinical level.

Suskind’s conclusion was that while healthy patients might or might not be susceptible to IBD as a result of eating or drinking foods with Splenda, it’s suggestive that food additives are poorly understood, and that sweeteners such as Splenda might be best avoided. Although no clear-cut results have been found, such additives are not dietarily essential and can easily be left out of the diet. Or, as he said, an ounce of prevention is worth a pound of cure.

This is not the first time that food additives, such as Splenda, have been brought into question. Certain dyes used in food, leavening powders, and preservatives have all been under scrutiny. This all boils down to just because it tastes good, that doesn’t necessarily mean that it’s good for you. Even naturally occurring substances such as salt might need to be used in moderation. Furthermore, in each case, individual metabolism and accompanying diet influence the impact of food additives.