Diverticulosis is defined as the outpouching of the mucosa and submucosa through the muscularis propria (false diverticulum since only 2 layers are involved). This is a very common condition in the western world, especially among older patients. However, diverticulosis are increasing found in younger patients. 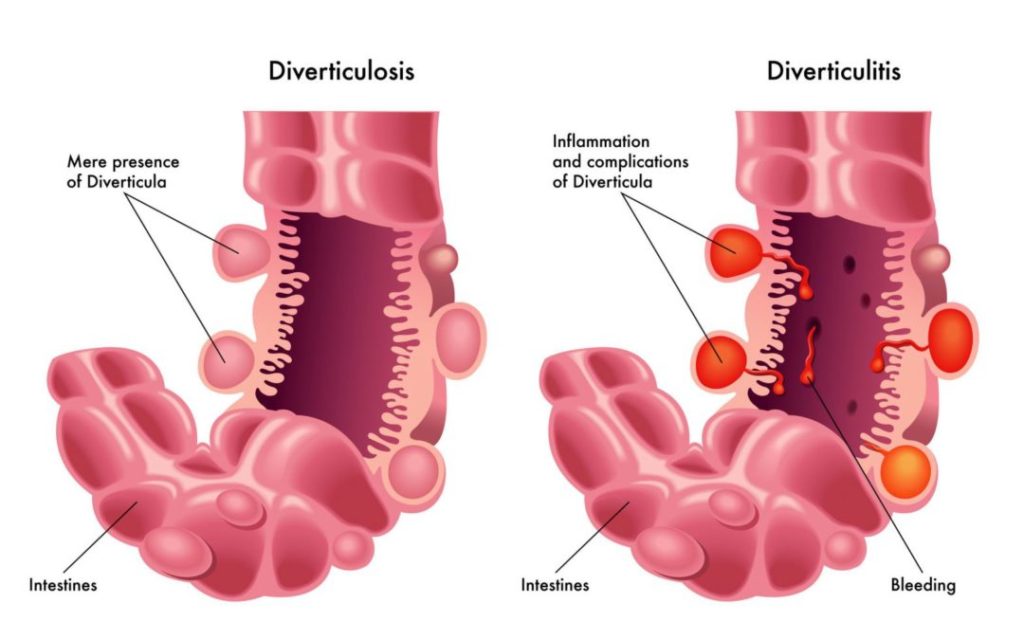 Left lower quadrant (LLQ) abdominal pain that is more intense; tenderness, fever, leukocytosis and sometimes a palpable mass. In asian population, the lesion is more commonly right sided and thus, make sure to include in your differentials and workups.

CT abdomen is the most diagnostic scan to do for a patient with suspected diverticulitis. It is important to note that colonoscopy, enema, should never be done on a patient suspected of diverticulitis.  Patient usually have fever, leukocytosis, tenderness.

Treatment and Management of Diverticulitis